The Omni Group is a small, employee-owned company in Seattle. We make productivity apps — OmniFocus, OmniGraffle, OmniPlan, and OmniOutliner — for Mac and iOS.

The Omni Group is 26 years old — it’s established and self-funded, not a startup. It started out writing software for the NeXT platform, which was later acquired by Apple, and which formed the basis for Mac OS X and, later, iOS.

Medias and users are always saying that OmniFocus is the task manager supports the original GTD conception most, do you agree with them? Have you refered the GTD conception by David Allen when designing OmniFocus?
外界一直评价 OmniFocus 是最遵循 GTD 原著的任务管理应用，你们赞成这一观点吗？你们在设计产品的时候会不会参考这本书？

OmniFocus is compatible with GTD, for sure, and that was a deliberate choice on our part.

However, it’s important to know that you don’t have to follow the GTD system to make the most out of OmniFocus — it supports lots of different styles of use, including your own individual style. That’s also a deliberate choice on our part.

OmniFocus is very complicated on both interface and functions and is unfriendly to new users in some way. Have you ever considered to reduce its complexity so that new users can get start with it quickly? For example, why don’t you offer a “Today” list like Things and Todoist and other GTD apps do?
OmniFocus 的界面和功能都非常复杂，对新用户来说上手成本比较高，你们有没有考虑过想办法降低新用户的上手门槛，比如提供今日任务列表等

OmniFocus is very powerful, and making that power available means, well, that the controls for that power have to appear in the user interface.

With OmniFocus 3 we did a lot of work on progressive disclosure, so that you don’t see everything all at once, which can be overwhelming — instead, you can drill into some of the more advanced features when you need them.

Nevertheless, design is always ongoing. Whenever we can make the app work better for our users — and for prospective future users — we will.

Instead of a Today list, we have the Forecast view, where you can see the actions and calendar events for the current day. And you can look at tomorrow and the next day and so on, which helps you plan.

And, in OmniFocus Pro, you can use a Forecast tag to add items that should appear in the current day, without having to give them a due date: https://inside.omnifocus.com/blog/the-forecast-tag

Many people think that compared to Things and some other apps, OmniFocus and your other apps have a more “traditional” interface which is not as “modern” as them, what do you think of this opinion?
很多人认为比起 Things 等同类应用，OmniFocus 的界面设计不够「现代化」，你们怎么看待这一观点？

We’ve gotten a lot of feedback that OmniFocus 3, on both Mac and iOS, is beautiful. Both editions were redesigned to keep pace with modern considerations.

That said, some people might like the look of another app better, though, and that’s totally fine.

We probably do tend to stick closer to the conventions of the platform as defined by Apple, and other developers may stretch out a bit. That’s not meant as critical: there’s room for both approaches. But we think that an app that’s closer to the platform is more familiar and consistent, and this helps make it easier to use. It also tends to be easier to maintain over time, which is good for customers.

OmniFocus 3 has changed the single “Context” to multi “Tags”, why? Have you ever concerned it will make loyal (present) users getting unused to it?
为什么选择在 OmniFocus 3 中将单一的「上下文」功能替换为多标签系统，有没有担心这样的改变会让老用户不适应甚至不会用标签了？

Tags are better than contexts because you can use multiple tags per item, and it also means you have more ways to organize your projects and actions.

For example, an action with just an “Email” context tells you something important about the action. But you might want to add location, person name, energy level, and so on to the action — because these things are important too. That’s why we’ve replaced contexts with tags.

Feedback from users has been overwhelming: they love tags! But if there are people who still prefer contexts, they have a simple solution: use just one tag per item, and it’s the same as using contexts.

OmniFocus for iOS has been localized in Chinese and many other languages for a while. Why does it take you so long to bring these languages to OmniFocus for Mac until version 3.1? Did you meet any trouble with the macOS version’s localizations?
OmniFocus for iOS 很早就支持中文以及更多其它语言，为什么直到 3.1 版本才为 Mac 版适配了多语言？这中间遇到了哪些困难？

The thing about localizations is that we can’t send our text to be localized until the app is pretty much done. And then the translation takes some time.

At that point, the app is ready to ship, though English-only. So the question is: do we wait for the translations to come back, or do we go ahead and ship?

Consider that OmniFocus users are, at that point, very, very eager for the new version. We decided to go ahead and ship rather than wait.

OmniFocus for Mac includes AppleScript support, and scripters have been taking advantage of this all along.

Future versions of OmniFocus — on Mac and on iOS — will include OmniJS, which is our JavaScript-based automation system that’s already shipping in some of our other apps. This will allow people to write scripts that run on both Macs and on their iPhones and iPads.

We’re working on OmniFocus for the Web right now, and, once that ships, we’ll consider creating a web-based API. That’s not for sure one way or the other yet, but it’s something we’ll be thinking about.

Except the web version that is under testing, OmniFocus has supported 3 platforms that all about Apple platforms. Does the web version means that you are going to support more platforms like Android and Windows? Why do you choose to release the web version now? (作为一款 Apple 生态的应用，OmniFocus 对于 Apple 各个平台的支持非常全面，未来甚至会推出 Web 版。你们怎么看待 OmniFocus 在不同平台上的定位，未来会支持 Android 等更多平台吗？

We have no plans to make native Android or Windows apps, but we do understand that Mac and iOS users sometimes have to use Windows or Linux at work, and they would like to be able to use OmniFocus there too.

It should be no surprise that OmniFocus for the Web may be the single most common feature request we’ve ever had! We recently published an episode of our podcast The Omni Show about how and why we built OmniFocus for the Web: https://theomnishow.omnigroup.com/episode/how-we-built-omnifocus-for-the-web

More and more apps are taking subscription as their charge (paid) mode. Have you ever considered it? Can you share your opinion about subscription with us?
订阅制似乎已经成为了越来越多软件付费的趋势，OmniFocus 以及你们的其它产品有没有考虑过使用订阅制？谈谈你们对于订阅制的看法吧

We will be doing subscriptions, for the first time, very soon. We’ll offer a bundle where you can subscribe to all three editions of OmniFocus all at once: for Mac, iOS, and for the web. Since OmniFocus for the Web is an ongoing service, offering a subscription makes sense.

We will, however, continue to offer traditional licensing for the Mac and iOS editions, and some people will prefer that.

We don’t know what the mix will be. Will most people prefer the subscription? We’ll find out!

What do you think of Setapp? Is it possible that OmniFocus appears on Setapp some day in the future?
你们如何看待 Setapp 的订阅模式？OmniFocus 未来可能会出现在 Setapp 里吗？

Setapp is pretty cool and it’s pretty popular. However, we prefer a direct connection to our Mac customers, because that makes it easier to help them.

Besides OmniFocus, what productivity apps or tools are you using when working on The Omni Group team? Can you introduce some of them to us? What is the standard for you when chosing apps or tools?
除了用 OmniFocus 做任务管理，你们团队还在使用哪些效率工具工作和协作？你们选择工具的标准是什么？

We use our own apps a lot, of course — and we have several in-house apps, such as OmniBugZapper, that we use.

Beyond that, it really depends on the person and what their role in the company is. Our engineers use Xcode a lot, obviously. Our support folks use our ticketing system.

But there’s no consensus on best writing tool, for instance — we have BBEdit, TextMate, and Bear users. The same thing is true for other categories. Individuals choose what works best for them.

Anything to say to the Chinese users?
还有没有想对中国用户说的话？

We love our Chinese users! We’re in Seattle, which is on the Pacific Rim, and China is across the water.

Seattle is one of the places on America’s west coast where Chinese people have settled and built communities that are absolutely vital to the character and energy of our beautiful city. China may be far away in miles, but we’ve always felt so very close.

And we thank you for the chance to do this interview! 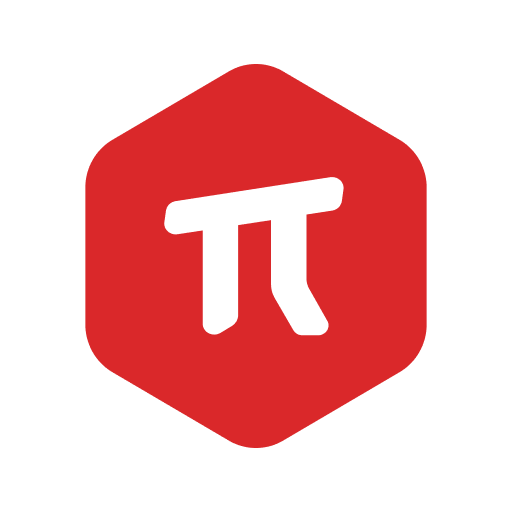 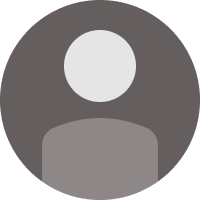